Recent court judgment in favour of the solidarity movement has far reaching positive consequences for the advocacy of Palestinian rights, writes Iqbal Jassat

2021 kicked off astoundingly well for South Africa’s broad based Palestinian solidarity movements. If what they notched up in a series of groundbreaking results in defence of Palestine’s freedom struggle during the first quarter of the year, it certainly heralds more favourable changes.

In the first matter, a weekly Jewish paper has been found by the country’s highest media regulatory authority to be in violation of its press codes and directed to apologise.

The offence by the Jewish Report occurred when it carried a report based on a cartoon published by a trade union GIWUSA and subsequently republished by the SA BDS Coalition on its Facebook page. The cartoon which depicted a greedy person gulping money – a traditional capitalist, was in relation to the country’s milk distributor Clover having been taken over by an Israeli conglomerate linked to settlement activities, facing strikes by workers over labour disputes.

The report made a number of damning allegations against SA BDS Coalition including slanderous claims of anti-Semitism. On behalf of a constituent member, the Palestine Solidarity Alliance represented by unionist and human rights activist Hassen Lorgat, made a compelling argument against the paper’s injudicious report. Though contested by the Jewish Report to justify its stance, the Press Ombudsman was not convinced and ruled against it.

Expectedly the paper resorted to seeking leave to appeal the judgment but it fell flat. Once again Lorgat in a comprehensive basis argued successfully to have the appeal set aside. The appeal division led by a high court judge dismissed the application and held that the judgment stands.

Again as expected, the Jewish Report has resorted to delaying tactics by seeking a legal review of the judgment. It demonstrates a reluctance to acknowledge that branding the SA BDS Coalition as anti-Semitic was wrong.

The second issue arises from a webinar hosted by the Jerusalem Post which featured South Africa’s Chief Justice Mogoeng Mogoeng alongside the country’s Chief Rabbi Warren Goldstein. As perceived by many, this Hasbara (propaganda) event in support of Israel, backfired leaving eggs on the faces of the hosts and its organisers.

CJ Mogoeng went overboard in his misplaced “love” for Israel by crossing the line into the territory of “political controversy” in breach of the Judicial Conduct of which he is supposedly the guardian.

Unrepentant and brazenly defiant, despite being aware of the storm he created in both political and judicial circles, he added to his misfortune by more misguided rhetoric.

Solidarity movements Africa4Palestine, SA BDS Coalition as well as the Women’s Cultural Group, lodged complaints against Mogoeng’s controversial public utterances. They called for a probe into his conduct and having investigated his damaging attacks on boycott, divestment and sanctions as well as on government’s foreign policy, the Judicial Conduct Committee (JCC) found against him.

In a thorough and extensive judegment, Mogoeng Mogoeng has been severely criticized for flouting the Judicial Code and ordered to issue an apology. However in keeping with the reluctance of the Jewish Report to apologise, the Chief Justice has opted to delay the punishment he has to endure by seeking a review of the judegment.

The third important landmark judgment is against a private theatre in Cape Town. Known as the Labia Cinema, its owners have, for close onto a decade, refused to screen a film on Palestine. But for the tenacity of the applicants Palestine Solidarity Committee (PSC), who valiantly persevered in seeking legal redress, Labia would have remained obstinate.

The judegment makes a fascinating study for all lawfare activists and students seeking a career in law. Straddling across the defence arguments, this amongst others, held on to narrow paradigms, the legal team representing the PSC made a solid case. The judgment in favour of the solidarity movement has far reaching positive  consequences for the advocacy of Palestinian rights.

These findings which in essence reject a collective of faulty legal arguments usually advanced by Israeli lobbyists, have given a huge boost for solidarity movements and human rights organisations across all sectors of civil society.

More importantly by rejecting the merits of a much abused canard of anti-Semitism, the freedom to be critical of Israeli policies has reassured elements of the media: ‘don’t be intimidated’.

Knee jerk responses to taint critics of gross human rights atrocities perpetrated by Israel as Jew-haters, Holocaust deniers and anti-Semites, will not be tolerated is the message of the solidarity movements.

This site uses Akismet to reduce spam. Learn how your comment data is processed. 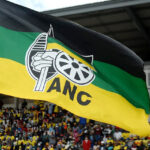